November Interview: Barbara Richards on… What a Business Owner Needs to Know to Hire an Ex-Offender and Why 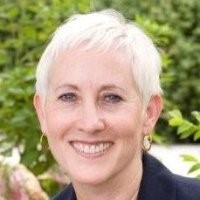 Q: Why should a business owner consider hiring a former offender?

A:  Hire an ex-offender because former offenders who are motivated to turn their lives around are some of the best workers an employer can find. Any former offender who has any other options in life does not want to return to prison or jail and therefore truly motivated to do a great job.

Inmates also tend to be extremely creative and thoughtful in unique ways since they’ve had much different experiences in life than most of us and also have had to live in a deprivation environment. One learns to be innovative, watch resources carefully and make do with less.

Interestingly, former inmates will be some of your politest employees. Former offenders are often shocked at how impolite they find workers in the mainstream world to be. In prison, being polite and respectful promotes a safe environment so everyone takes care to be civil and well-mannered.

Q: What are the challenges an ex-offender faces upon release from prison after serving their term?

A: Former offenders experience several types of marginalization but the most damaging in terms of successful reintegration occurs in the arenas of housing and employment. Permanent, affordable and safe housing creates stability for all of us and research has shown that employment is one of the most important factors in assisting an individual maintain a crime-free lifestyle. Employment provides not only a paycheck but also dignity, structure and healthy associations with other citizens. This is why it is very important for employers to hire an ex-offender.

Q: What kinds of things does your organization help them with?

A:  Project 180 provides two courses within the prison and jail system in five Gulf Coast counties. Our CEO Program is a workforce education program in which we take CEOs, hiring managers and workforce agency specialists into nearby prisons to discuss four critical points regarding employment:  how to find, apply for, interview for and retain a position in that CEO’s industry. We also provide a current report on the Florida labor market since our audience members—primarily inmates who will be released within six months—return to communities throughout the state of Florida. Ben Vanderneck of CareerSource Suncoast typically joins us to discuss the Work Opportunity Tax Credit (WOTC) and federal bonding so that the inmates have incentives to encourage potential employers to hire them. We only take in CEOs from felon-friendly industries.

We also provide an eight-hour Financial Literacy course at three jails and two prisons so that inmates can stabilize their finances once they begin working. Between 17% and 20% of our students have never had a mainstream job with a regular paycheck.

Our future residential program, which I’ll discuss later in this interview, is the most important opportunity we’ll have to make a difference in former offenders’ lives.

Another important way Project 180 helps former offenders is that we educate the public about reentry issues in an annual lecture series held in April, May and June. This year, the topic is “The Prison Experience” which we’ll explore to place the reentry process in context. We have a great line-up of speakers including a man who spent over 15 years in one of California’s toughest prisons and a man who was exonerated and released from the Louisiana prison system after being incarcerated for 28 years.

Q: What government programs are in place to encourage, reward, and/or protect business owners for committing to hiring these applicants in Florida?

A:  The WOTC and federal bonding are great programs. The WOTC is a federal tax credit available to employers who hire individuals in hard-to-hire groups, for example individuals with felony records. These groups have been targeted by the government because they face significant barriers to employment. To find out how to receive tax credits to hire an ex-offender, I suggest contacting The Employee Management Team at http://emtpeo.com.

Federal bonding insures the employer against certain types of loss if he or she decides to hire an ex-offender.

A: There are different schools of thought here. One school suggests using experiences within prison as skills or stand-ins for employment. For example, when weights were allowed in prison, an inmate may have coached others how to lift safely or how to target certain muscle groups; that could be listed as employment since compensation was usually provided. Prison jobs are sometimes used as well with cooking, cleaning and landscaping being some of the most common.

Another school of thought is to just tell the truth. For many employers, though, this is an automatic disqualification so many former offenders are reluctant to do so. If employers fully understood how their reluctance to hire ex-offenders results in poverty, homelessness, unemployment and a return to criminal behavior, I imagine we’d see a change of heart here. Resistance to hiring contributes to some of our most pressing social problems.

Q:  Tell me about some of your success stories.

A:  We are unable to follow our students after they’re released so success stories upon release are hard to come by. Our students return to communities throughout the state and the Department of Corrections is unable to share their personal information for us to contact them once they’re out.

What we do know is that our programs are extremely successful in promoting psychological readiness, encouraging goal-setting behaviors, and giving inmates contact with individuals who model an excellent work ethic and giving back through volunteering. The following are some comments from our surveys; hope and psychological preparation are important factors to bring into the prison environment.

“I very much appreciate you all coming out with this information. As you may know this is the first time I’ve ever retrieved this type of info while in prison. Thank you.”

“I appreciate the sincerity and honesty of the CEOs. Very helpful from a psychological standpoint.”

“This [class] gives an ex-offender a chance to start over fresh.”

“Thank you for your time today and being so kind.”

Q:  What do you advise the participants in your program to expect upon release?

A:  Although there is a sea change in the US today regarding the criminal justice system and the way we treat former offenders, it’s still rough for people upon release. We remain realistic yet upbeat and give inmates tools to advocate for themselves. An inmate who has a bleak outlook about finding work and housing is already defeated and less likely to find stability than someone who has the strength of purpose to keep looking for work day after day. Confidence is infectious.

Q: How far in advance of a release date do you start working with these individuals?

A: The Department of Corrections assigns individuals to our classes who are within six months of release. At the jails, they send everyone who’s interested, even if they’re going from jail to prison.

Q: I would imagine that there are various educational levels and prior work experience levels that the participants have in your program; can you explain that?

A: You’re absolutely correct, Jean. In prison, you’ll find individuals from all walks of life. Some will have had tremendous social advantage—in terms of education, economic stability and employment—but they are fairly rare. Those individuals have greater resources so can afford better legal representation and can negotiate lighter sentences or alternative punishments.

Many students in our classes have low literacy levels even though they’re often extremely bright people. I once asked one of my brightest students what happened in his life that caused him to discontinue school. It turns out, he’d dropped out in the second grade because he was so hungry he couldn’t focus or understand what was going on.

Fortunately, there are now social programs in place that reduce the likelihood of that happening with students today. That said, inmate literacy levels are low. The Department of Corrections tests for literacy annually; they report that approximately four in ten have literacy skills at the fifth grade or lower. That sounds pretty depressing until you remember that they may be extremely bright, just not educated. Howard Gardner famously researched different types of intelligence; just because someone doesn’t test well on a literacy test, we shouldn’t assume he isn’t intelligent and capable in the workplace.

In terms of employment and work skills, many inmates have run their own black economy businesses. They have experience in marketing, sales, quality control, customer service, inventory and so on. These skills are transferable into the mainstream marketplace.

Q: Additionally, it seems that family support is another aspect that can contribute to success once back on the outside?

A: Yes, if the family is stable and has healthy relationships.

Q: How long do you maintain contact with the “graduates” of your program?

A: Until they say goodbye at the door after class or until they write to us. Then we’ll help them find housing and employment if it’s available in their communities. A volunteer, a former attorney with a passion for this work, dedicates her time to our referral calls. On average we receive one a day from a former inmate looking for help.

By far, the most important initiative we’re involved in is our effort to open a two-year residential program. It will initially be for men (we currently serve both women and men in the jails and prisons) and will feature marketable job skill training, academic education and a give-back program of volunteering in the community. We have most of the major pieces in place but are seeking employers who can offer some type of employment—preferably sub-assembly or piece work–for our future residents.

Q: Is your background in criminal justice or social work? What contributed to your interest in filling this need?

A: I have undergraduate degrees in Psychology and Liberal Studies and a Master’s of Science degree in Criminology & Criminal Justice. I was moved to begin working in this arena almost twenty years ago by a National Public Radio show that addressed the educational disparity between members of the general public and inmates. The figures they quoted in that show didn’t reflect the values I believe we hold as a nation so I decided to do something about it. I began by volunteering as a coordinator for a men’s support group in the felony wing of the San Francisco County Jail.

Q:  Can business owners contact you directly to learn more about your program and to connect with those in your program?

A: Yes, please contact me at barbara@project180reentry.org if you’d like to be involved in our organization or if you have a lead on a company that might like to partner with us to employ our future residents. We welcome your help.

Barbara Richards is the Founder and Executive Director of Project 180 (www.project180reentry.org). A former Adult Basic Education and GED teacher in the San Francisco County Jail system, Barbara came to Florida to study for her Master of Science Degree in Criminology & Criminal Justice from 2004 to 2006 at The Florida State University. Prior to becoming involved in criminal justice issues, Barbara owned and operated a successful restaurant in San Francisco for fifteen years. 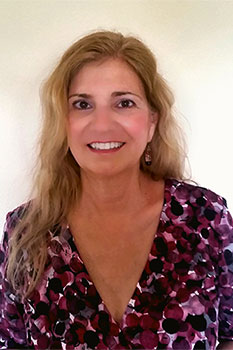 By Jean Juchnowicz|2018-03-03T09:22:44-05:00November 1st, 2016|Monthly Interviews|Comments Off on November Interview: Barbara Richards on… What a Business Owner Needs to Know to Hire an Ex-Offender and Why